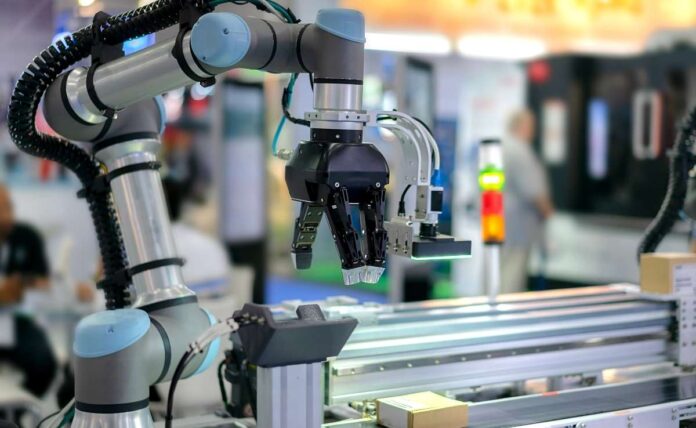 China-based NetDragon Websoft, a Chinese metaverse, has formally named an AI-powered humanoid bot as its CEO, Sources claim that Ms. Tang Yu is the first robot in history to be chosen for an executive post.

Humanoid robots are slowly replacing humans for routine duties, albeit this might sound like something out of a sci-fi book.

You might wonder why artificial intelligence even exists given how sophisticated it is today. Since they can complete difficult tasks with ease and more quickly than a human can on an average day, many people are actually becoming more and more captivated by them.

In the past, it was difficult to impart human behavior to a machine because it lacked a brain to reason and a heart to feel. The borders between AI and humans have recently been dismantled by a Chinese business that specializes in the metaverse.

NetDragon Websoft is recognized for launching mobile games and other applications. The business hopes to “leapfrog operational efficiency to a new level” after making a stunning move in the tech sector.

The female bot will also be in charge of the corporation’s operations. It will be in charge of policing how business operations are carried out. Tang Yu will “streamline process flow, improve the quality of work tasks, and speed up execution,” according to a press release from NetDragon Websoft.

The Corporate Management Of The Future Is Tang Yu

Even if it’s difficult to comprehend just how far technology has come, we cannot simply ignore the fact that we now share our lives with machines. Some businesses rely on artificial intelligence’s capacity to deliver preferable outcomes when making decisions and formulating strategies.

The situation in Tang Yu’s case is fairly similar to this one. The AI humanoid robot, according to our report, will be crucial in identifying and nurturing potential employees. The workplace will be fair to all employees thanks to this robot, it can be asserted.

Tang Yu, in the opinion of NetDragon chairman Dr. Dejian Liu, represents the firm’s dedication to the application of AI. He thinks that the development of this humanoid robot can lead to more efficient corporate operations and strategic expansion.

Jack Ma, the founder of Alibaba, foresaw that a robot might grace the cover of Time Magazine in 30 years, according to a prediction he made five years prior. The Chinese businessman went on to say that the robot would be praised for being the finest CEO at the moment.

Market Balloons For The Global Metaverse

By 2025, the global metaverse market is anticipated to reach $280 billion. With investors like Microsoft and Epic Games, that is a sizable sum of money. Local Chinese companies have an interest in the metaverse as well.

Businesses like Tencent, Bytedance, and Alibaba all declared earlier this year that they intended to invest a sizable sum of money in the metaverse.

Although the metaverse is a term that unites the physical and digital worlds, it may not be the same in China as it is in the West. The laws governing digital currency in China are very strict. The Chinese government has deemed cryptocurrency transactions to be unlawful and has vowed to crack down hard on them.

According to the company, the use of AI in this industry might lead to productivity and efficiency levels that have never been seen before. It is predicted that this post will enhance output quality and streamline operational procedures.

Additionally, it is consistent with NetDragon’s strategy to bring the metaverse into the workplace. Dr. Liu added that the humanoid would act as the organization’s real-time data hub and analytical tool for making decisions.

The company also said that risk management will benefit greatly from the use of this AI. The system will also be improved by NetDragon.

The implementation of algorithm enhancements in the following few years may make the ultimate shift to a “metaverse-based working community” a very plausible prospect.

One might wonder what effect the robot becoming CEO will have on businesses around the world given the popularity of Skynet and Terminator (the film series) jokes on the internet at the time the news first broke.

Given that the business sector is still mostly unfamiliar with the idea of the metaverse, Beijing may be able to use the Chinese metaverse to further consolidate its control over the country.

How would AI perform in the role of senior corporate executives? If this happened, one could ponder if it would result in human prosperity or existential horror. We can all understand what may drastically go wrong with artificial intelligence and robots after growing up watching the Terminator movies.

Who is the first Robotic CEO?

Which company has appointed the Robotic CEO?

Where is the headquarters of NetDragon located?

What does Netdragon Websoft launch?

apps and games for mobile devices

Who is NetDragon’s chairman?