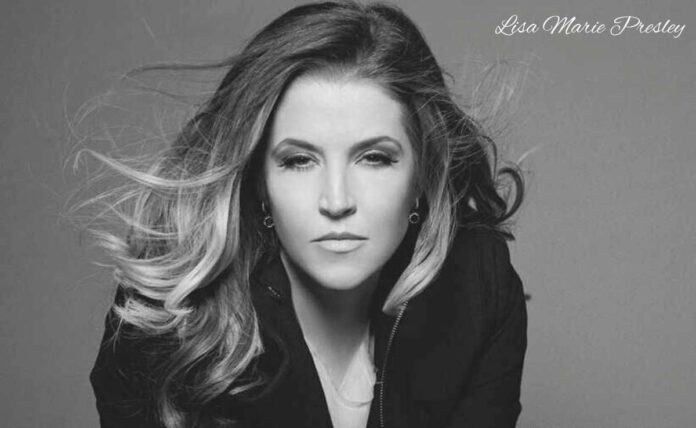 Lisa Marie Presley, the only child of Priscilla and Elvis Presley, is a well-known singer and composer in the United States. Her three studio albums are To Whom It May Concern (2003), Now What (2005), and Storm & Grace (2012).

Her 2003 album To Whom It May Concern received gold certification from the Recording Industry Association of America.

She has recorded a number of singles in addition to albums, some of which have duets with Elvis Presley on songs he had already released before his terrible death. Here are all the details about Lisa Marie Presley’s life, career, net worth, and fun facts.

She is the daughter of Elvis Presley, the King of Rock & Roll music, and Priscilla Presley. When Elvis and Priscilla split up when Lisa was just four years old, she moved in with her mother in California.

How Many Children Does Lisa Marie Presley Have?

Lisa Marie had two kids with her first husband: Benjamin Keough, who was born in 1992, and Danielle Riley Keough, an actress and model better known by her middle name.

The Girlfriend Experience, Magic Mike, Logan Lucky, and Mad Max: Fury Road are just a few of the movies Riley has appeared in since then. Riley has also had a successful modeling and acting career.

In 2003, Lisa released her debut album, which was certified gold and peaked at number five on the Billboard 200 albums chart.

T Bone Burnett, a Grammy and Oscar winner, produced her third album, Storm & Grace, which was released on May 15, 2012.

Her albums have garnered favorable reviews and were well-liked by all.

Lisa Marie and Elvis Presley collaborated on a “duet” for the song “In the Ghetto” on the 30th anniversary of Presley’s passing.

She also made an appearance in the “You Are Not Alone” music video by her ex-husband Michael Jackson.

Along with these well-known musicians, Lisa Marie has collaborated with Richard Hawley, Pat Benatar, and George Michael.

According to an early 2018 USA Today report, Lisa Marie Presley claimed her fortune had been reduced to just $14,000 as a result of her previous business manager acting selfishly.

She filed a lawsuit against her former business manager in February, blaming him for “reckless and irresponsible mismanagement” that resulted in the loss of almost all of her $100 million inheritance.

Elvis’s net worth was merely a few million dollars at the time of his passing, but because of public enthusiasm and the popularity of Graceland, the estate’s assets slowly increased.

Is Lisa Marie Presley A Scientologist?

In 1977, Lisa Marie Presley’s mother, Priscilla, converted her to the Church of Scientology.

For her efforts to assist kids across America in developing study skills, she was given the Humanitarian Award by the World Literacy Crusade, which is backed by the Church of Scientology, in 2002.

She did, however, formally leave the religion in 2016. Riley Keough, her daughter, and her mother, both continue to be Church members.

What is Lisa Marie Presley’s estimated net worth?

The sum of Lisa Marie Presley’s assets is roughly $10 million.

According to Lockwood, Lisa Marie has finally been financially secure when Graceland reopened following the epidemic and taking into account her cut from the Elvis biopic, as reported by RadarOnline. A judge ordered her to “temporarily pay child support of US$4,500 until a trial later this year,” according to a ruling in June.

Lisa Marie Presley is currently where?

She currently resides in San Francisco.