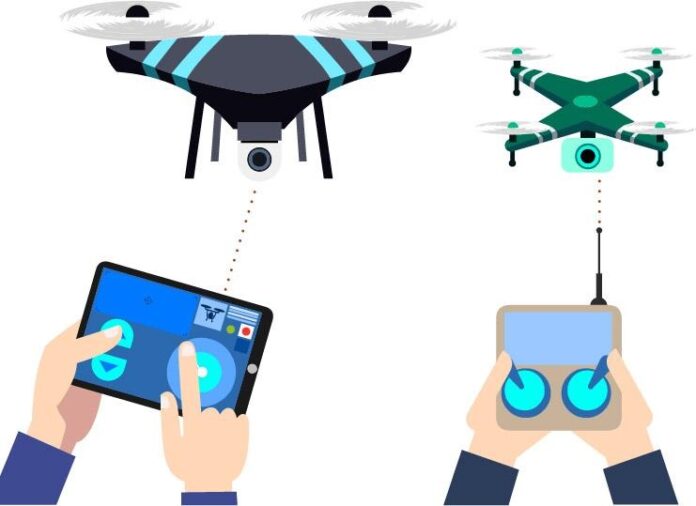 San Francisco, California based DroneDeploy, the cloud software platform that develops commercial drones and simplifies the access and use of the aerial data, for everyone.

Michael Win, Jono Millin and Nicholas Pilkongton established the company that caters their services to the industries like construction, mining, agriculture, inspection and surveying, to capture the professional grade imaging of the surroundings and circumstances and also carry out the analysis of the captured data.

The 2013 founded drone data enterprise has raised $50 million capital in a Series E round of funding.

This series came just after 4 months of the company’s down to earth move, from which they began to encapsulate the visions from the ground level.

Previously, around $93 million was raised by DroneDeploy in total and now, the new funding raised the total amount of fundraising since inception to $142 million.

This highly innovative company that powers the drones and ground level cameras to capture the on-site visuals was supported by their existing investors as the main lead who are, Energize Ventures– the energy and sustainability focused global alternative investment manager and AirTree- The Australian Venture Capital. They trusted the drone software company and again partnered with them, however some other venture firms and investors also participated in this round which are Bessemer Ventures, Emergence, Scale, Frontline Ventures, Uncork and Angelpad.

The CEO and co-founder of DroneDeploy, Michel Winn said that they saw 2 powerful tailwinds and also the exploding use of drones by enterprises. All around the world, the leading companies of agriculture, logistics, energy, construction, mining, etc are utilizing a large number of drones, and their first choice has become the DroneDeploy company’s products.

He further added that for creating their complete digital asset’s twin, companies are digitizing their sites, inside and out, at the same time.

He explained that their company has expanded the technology of their drones, with the ability to capture and scrutinize images from the cameras based on ground and operated by people or robots.

He concluded by saying that they will continue to enhance their fully digitization platform to deliver complete immersive, 3D environments.

The company aims to use this round’s capital in their mission to expand beyond drones, in exploring opportunities for the strategic additions and also in doubling down its expansion in Europe.

The CEO of DroneDeploy said that they are going to launch their EMEA office, specially for their thousands of European customers.

The Chicago based venture capital firm, Energizer Ventures partners with several entrepreneurs to advance and renovate the next generation of industry and energy by investing in innovative models of software and business.

The 2016 founded company partnered with DroneDeploy since their previous findings and supporting the company for their innovative ideas.

The Managing Partner of Energizer Ventures, John Tough said that the adoption of drones and drone data have been accelerated because of last year’s health, workforce and economic pressures.

This has attracted several investors to invest in the idea of DroneDeploy.

He further added that their company is thrilled to continue their partnership with DroneDeploy, which is the only company that works to encapsulate and analyze every dimension of job sites, at any angle, interior or exterior and that is meeting the needs of rapidly growing markets like renewables and energy.

DroneDeploy raised $50 million in series E led by existing investors Energizer Ventures and AirTree along with participation of Bessemer Ventures, Emergence, Scale, Frontline Ventures, Uncork and Angelpad. The company aims to deploy fresh capital in their mission to expand beyond drones, in exploring opportunities for the strategic additions and also in doubling down its expansion in Europe.

Who is the lead investor in this round?

How much has been raised?

Who is the CEO of DroneDeploy?

What is the total raised value of DroneDeploy till now?

When was DroneDeploy founded?

How NetbaseQuid Can Use The Patient Journey In Analytics The patient journey is the series...
Tech

The Benefits and Limitations of Converting Excel to PDF

When it comes to sharing documents, Excel and PDF have become two of the...

How NetbaseQuid Can Use The Patient Journey In Analytics The patient journey is the series...
traveltro